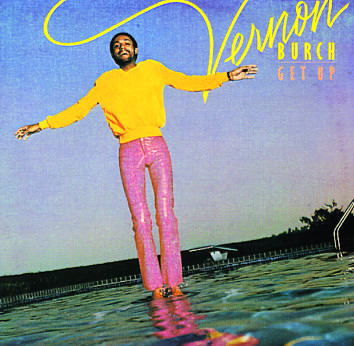 Bouncy, bubbly soul from Vernon Burch – one of his stone dancefloor classics from the 70s, served up with a groove that never quits! Burch is one of the few who can make a clubby set sparkle with the more personal qualities of a mellower soul album – and this excellent set is a great example of his style at the time. Production is by James Gadson, who also plays funky drums in the small backing combo – along with keyboards from Michael Thompson and guitar from Burke himself. Titles include the slightly bizarre transgender tune "Sammy Joanne (One Half Woman One Half Man)" – but other numbers are all pretty great, and include "Get Up", "Arrogant Lady", "Once Again In My Life", "Never Can Find The Way", and "For You".  © 1996-2021, Dusty Groove, Inc.
(Cover has a promo stamp, minimal wear, and is bent a bit at the spine.)