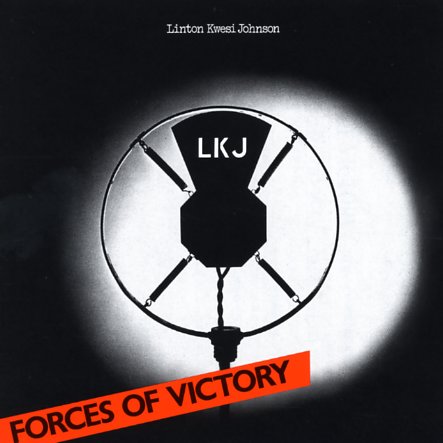 The second album From LKJ, a tough and tight follow up to Dread Beat & Blood, with the poet coming just as hard out the box this time around as the first. Johnson's righteous lyrical indignation, terse delivery, and rhythmic focus dovetail perfectly with tight, fat riddims from a crack band headed up by Dennis Bovell and Vivian Weathers. 8 choice numbers in all, including a batch of LKJ classics like "It Noh Funny", "Sonny's Lettah", "Independent Intavenshan", "Fite Dem Back", "Reality Poem" and "Forces of Vicktry", plus "Want Fi Goh Rave" and "Time Come".  © 1996-2021, Dusty Groove, Inc.
(US pressing, includes the printed inner sleeve. Cover has edge wear, lightly bent corners, and price sticker remnants on back.)

Steppin
High Note (Jamaica), Late 70s. Good
LP...$1.99
Marcia Griffiths at the height of her powers – singing wonderfully and soulfully, in a style that almost transcends her Jamaican roots! While other reggae singers of the period were maybe polishing things up a bit, to reach larger commercial fame, Griffiths seems to be stepping back more ... LP, Vinyl record album

Harder They Come
Island, 1972. Near Mint- Gatefold
LP...$29.99 (CD...$26.99)
A record that's not only a landmark in Jamaican music – but also a set that was to reggae what Curtis Mayfield's Superfly was to 70s soul! In other words, the set not only raised the bar for all the competition, it also ended up in a lot more record collections than most of them too – ... LP, Vinyl record album