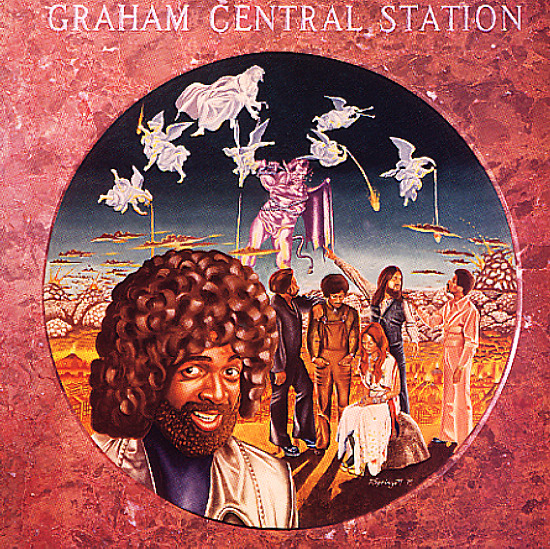 One of the high points of Larry Graham's career – a hard-jamming set of guitar-based funk that forever put Graham Central Station on the map! There's a virtuosity to the record that's really stunning – bass, guitar, and drums all dropping into place magically alongside one another – while still managing to come across with a relaxed soulful approach that definitely makes this one more heavy funk than later years. Titles include "The Jam", "It's Alright", "I Can't Stand The Rain", "It Ain't Nothin But A Warner Bros Party", and "Easy Rider".  © 1996-2021, Dusty Groove, Inc.
(Cover has a cutout notch.)