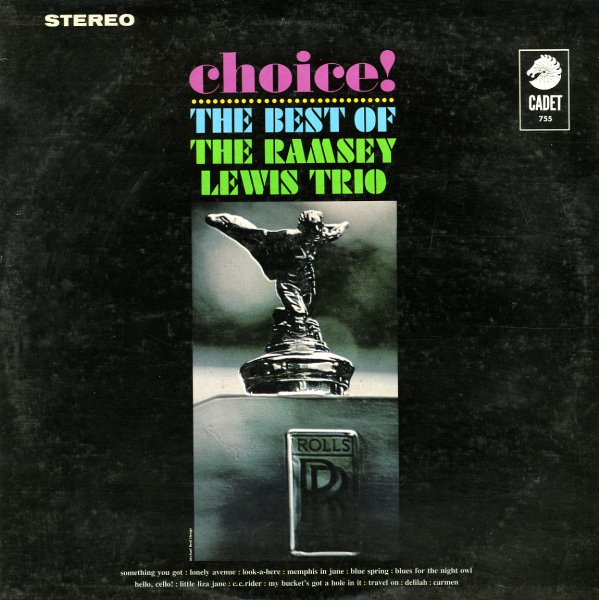 Choice! – The Best Of The Ramsey Lewis Trio

A sparkling collection of the soul jazz groovers churned out by Ramsey's famous first trio – the groundbreaking ensemble that featured Eldee Young on bass and Redd Holt on drums. The set does a good job of pushing past obvious hits, and includes some tasty little groovers like "Travel On", "Somethin You Got", "Look A Here", "My Bucket's Got A Hole In It", "Hello, Cello", and the classic "Blues For Night Owls".  © 1996-2021, Dusty Groove, Inc.
(Mono blue fade label Cadet pressing with deep groove. Includes the Cadet inner sleeve.)