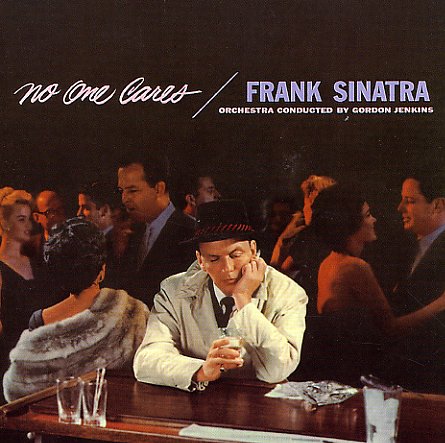 Sinatra at his lonely best – as emphasized by the cover image, which has him sitting alone at a bar, looking sadly into his drink. The album's got backings by Gordon Jenkins, a bit more flowery than some of Nelson Riddle's, but in that sad dreamy mode that Sinatra worked with on the Wee Small Hours album. The selection of tunes includes the Sammy Cahn/Jimmy Van Heusen original "When No One Cares", plus sublime readings of "Where Do You Go", "A Cottage For Sale", "I Can't Get Started", and "None But The Lonely Heart".  © 1996-2022, Dusty Groove, Inc.
(Rainbow label stereo pressing. Cover has light wear & aging.)