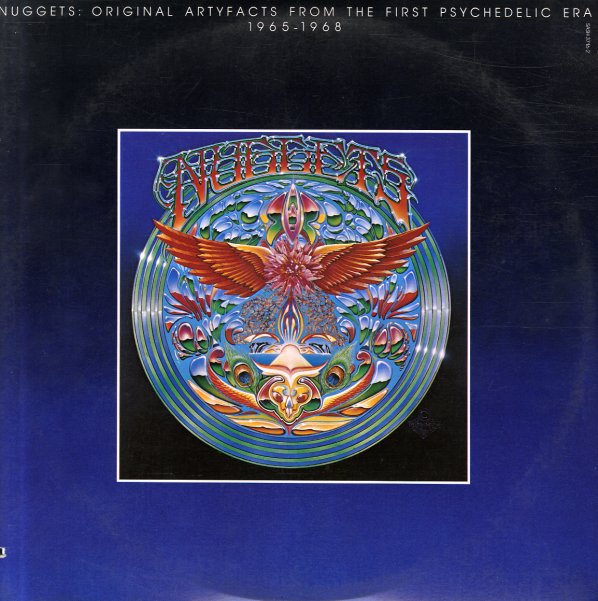 One of those few classic cases where a compilation of tracks was maybe even more influential than the original music itself – as this early 70s collection of 60s material turned out to shape and influence generations for decades to come! Guitar genius Lenny Kaye put the set together famously for Elektra Records in 1972 – as a reminder that, just a few years before, there were some amazing sounds that were not only brewing up in local indie scenes around the country, but also on the radio as well – even though most of those groups had been pushed into relative obscurity by the rise of soft rock, hard rock, and classic rock of the early 70s! The package is a return to the pre-prog years, with an especially strong ear for garage-tuned tracks that would go on to shape later punk, 80s indie, and lots more underground sounds in the future. Titles include "I Had Too Much To Dream (Last Night)" by Electric Prunes, "Dirty Water" by the Standells, "Respect" by Vagrants, "No Time Like The Right Time" by Blues Project, "Invitation To Cry" by Magicians, "You're Gonna Miss Me" by Thirteenth Floor Elevators, "Psychotic Reaction" by Count Five, "Baby Please Don't Go" by Amboy Dukes, "My World Fell Down" by Sagittarius, "Open My Eyes" by Nazz, "It's A Happening" by The Magic Mushrooms, "Lies" by The Knickerbockers, "Oh Yeah" by Shadows Of Knight, "Sit Down I Think I Love You" by The Mojo Men, "Just Like Romeo & Juliet" by Michael & The Messengers, "Hey Joe" by The Leaves, and "Farmer John" by The Premiers.  © 1996-2021, Dusty Groove, Inc.
(1976 Sire pressing, with the printed inner sleeves. Cover has a cutout notch, some surface wear, and is bent at the top left corner.)

Nuggets Volume 12 – Punk Part 3
Rhino, Late 60s. Very Good+
LP...$24.99
Loud sounds from the late 60s – served up by a bunch of groups who were undeniable precursors to changes in rock to come! Includes work by The Remains, Spats, The Other Half, Kenny & The Kasuals, The Hombres, Woolies, Uniques, Harbinger Complex, and Mouse & The Traps! LP, Vinyl record album