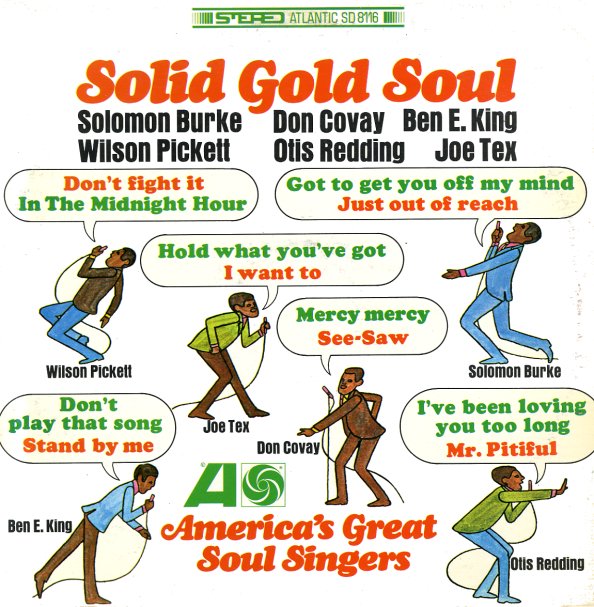 A great collection of classic 60s soul from Atlantic Records – served up in a cover that's almost iconic! There's 2 tracks here by each of the greats recording for the label at the time – with tunes that include Solomon Burke "Got To Get You Off My Mind" and "Just Out Of Reach", Wilson Pickett "Don't Fight It" and "In The Midnight Hour", Joe Tex "I Want To (Do Everything For You)" and "Hold What You've Got", Don Covay "See Saw" and "Mercy, Mercy", Ben E King "Don't Play That Song" and "Stand By Me", and Otis Redding "Mr Pitiful" and "I've Been Loving You Too Long".  © 1996-2021, Dusty Groove, Inc.
(Mono pink & tan label pressing with deep groove. Cover has a half split top seam, mostly split bottom seam, and some stains.)