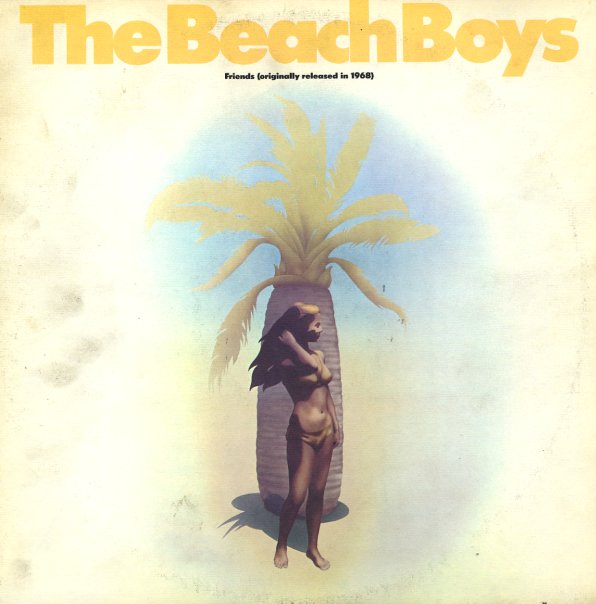 A two-fer released in 1974 of these two post-Pet Sounds albums. Friends contains the lost classics like "Busy Doing Nothin", "Little Bird", "Be Here in the Mornin'", and "Diamond Head". Known by some as the Transcendental Meditation album, this one's filled with trippy beautiful songs about friends, love, and the little joys of life. Great stuff, and a treasure worth having if you like these guys at all. Fantastic stuff! Smiley Smile is the issued version of Smile, a classic – and even though some may gripe that it's missing the 50% extra material that was supposed to be on the Smile set, it's still utterly fantastic! Titles include "Vegetables", "Heroes & Villains", "Fall", "Little Pad", "With Me Tonight", and "Wind Chimes".  © 1996-2021, Dusty Groove, Inc.
(Cover has light wear and some aging.)