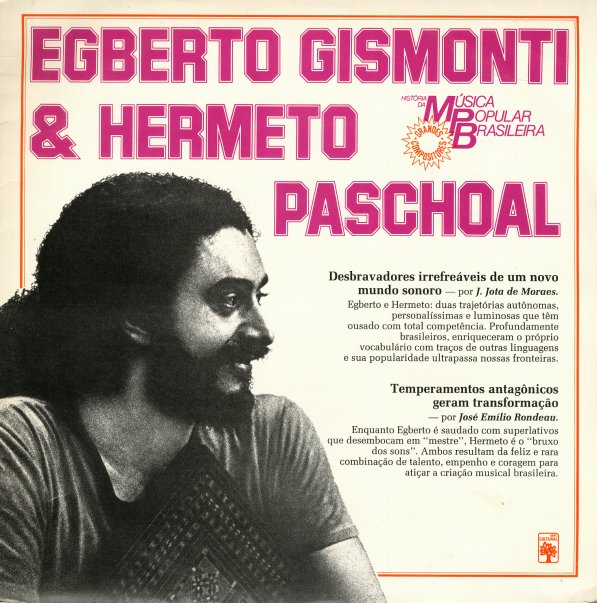 Great work from two of Brazil's greatest modernists! Although the cover makes it look like they're playing together on the album, the record features a side apiece of work by each composer/musician. Gismonti's side features a version of "O Sonho" sung by Elis Regina, a duet with Nana Vasconcelos on "Danca Das Cabecas", and Odeon recordings of "Baiao Malandro", "Ano Zero", and "Plahaco". The tracks on the Pascoal side are from his Warner Brothers and Philips recordings – and titles include "Plin", "Mestre Mara", "Chorino Para Ele", and "Bebe".  © 1996-2021, Dusty Groove, Inc.
(Comes with a great booklet that has lots of cool photos, too!)