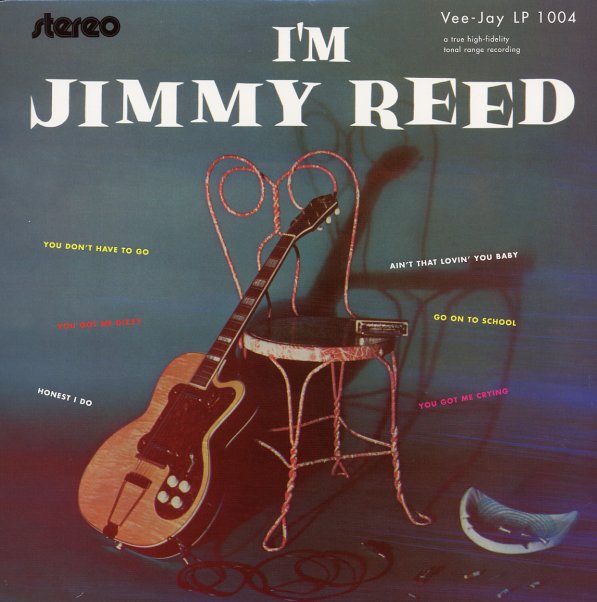 A stone classic from Jimmy Reed – and one of the first few albums on the Vee Jay label! The sound is spare, rootsy, and bluesy – the kind of tunes that made Jimmy an instant favorite, and which were a key force in the Chicago blues sound of the 50s. The set features material recorded for Vee Jay in 1958 and 1957, with Jimmy on vocals, acoustic guitar, and harmonica. Benchmark late 50s Chicago blues! Titles include "Honest, I Do", "You Got Me Dizzy", "Can't Stand To See You Go", "Boogie In The Dark", "You Got Me Crying", "Little Rain", "Roll & Rhumba", his classic "Ain't That Lovin' You Baby" and more.  © 1996-2022, Dusty Groove, Inc.
(Mono rainbow label oval logo pressing, with deep groove. Cover has light surface wear, name in marker.)

Now Appearing
Vee Jay, 1960. Very Good+
LP...$13.99
Jimmy Reed, now appearing – playing with just the sort of groove that got him booked in plenty of clubs back in the day! The tunes chug along with a perfect gritty take on Chicago blues – that sharp-edged sound that Vee Jay Records did so well with Reed – making his albums like ... LP, Vinyl record album