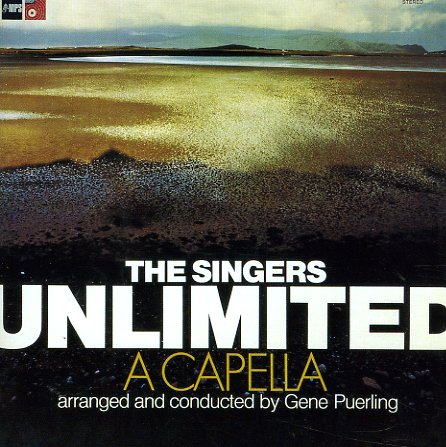 Heavenly work by one of the greatest vocal jazz combos ever! The Singers Unlimited cut many mighty albums for MPS with arrangements by some of the label's best bandleaders – but this one features them all alone, with only their voices to hold them up, which they do wonderfully, thanks to some crack arrangements by Gene Puerling of the group! The approach is natural – given that their vocal interplay was always the group's strongest calling card – and thanks to sublime MPS production, acapella vocals have never sounded so amazing. Titles include "The Fool On The Hill", "Emily", "Since You Asked", "Lullaby", and "London By Night".  © 1996-2022, Dusty Groove, Inc.
(US pressing on PAUSA. Cover has light wear.)

Friends
MPS, 1977. Near Mint-
LP...$4.99
One of the grooviest albums cut by this legendary MPS vocal group – a set that has some very hip friends from the American scene – who blend perfectly with the soaring vocals that the quartet forged in Germany for the MPS label! The music features vocal arrangements from group leader ... LP, Vinyl record album