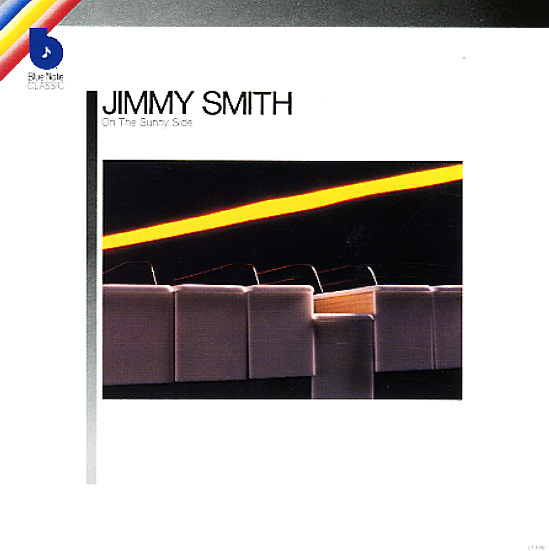 A wealth of unreleased tracks recorded by Jimmy Smith for Blue Note in the late 50s – most of them short, with a feel that's like his 45rpm work for the label! The sound here is prime early Smith – that totally cooking Hammond sound he had back in the day – mostly set up here in a trio with Kenny Burrell on guitar and Donald Bailey on drums – with guest tenor on a track each by Stanley Turrentine and the obscure Percy France! The tenors are quite welcome when they appear, but the trio material is plenty smoking too – and titles include "Since I Fell For You", "Apostrophe", "Ruby", "September Song", and "Little Blue Girl".  © 1996-2021, Dusty Groove, Inc.
(Cover has a cutout notch and some light aging.)

Fantastic Jimmy Smith
Up Front, Mid 50s. Very Good
LP...$4.99
Rare work from Jimmy Smith! These recordings are early pre-Blue Note sides by Jimmy – originally recorded for the Bruce and Power record labels, and issued over the years on a number of dodgy knock-off labels, without any proper notations, and (usually) pretty terrible sound. Jimmy's in a ... LP, Vinyl record album

Organ Grinder Swing
Verve, 1965. Very Good+ Gatefold
LP...$14.99
No hokey organ grinder here – no monkey on a leash, begging for change on a street corner – just a smoking little trio session that stands as one of the best records that Jimmy Smith ever recorded for Verve! The album's got a groove that's similar to Jimmy's early years at Blue Note ... LP, Vinyl record album