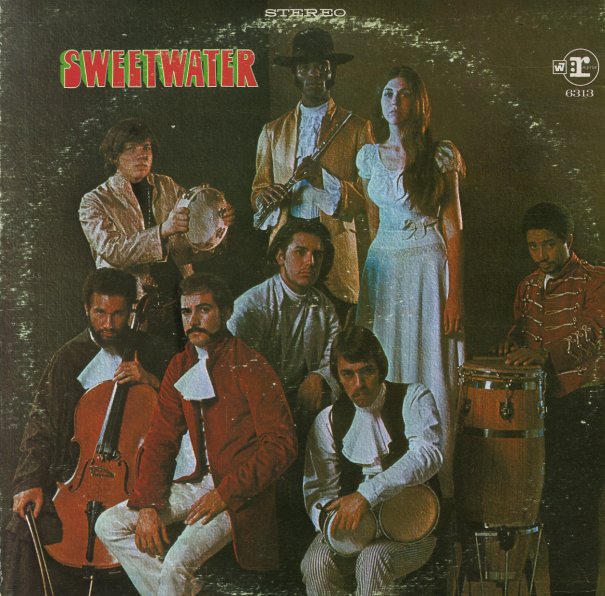 A pretty great debut from Sweetwater – described on the cover as "Eight high-octane musicians who met and jammed in the great peanut butter octopus that is Los Angeles!" The record's got a really trippy approach that's partially folk rock, partially psychedelic soul, and which also has some great touches of groovy harmony pop and Latinized LA rhythms – alll wrapped up in some totally great production overall! The whole thing skims and sings around like some of our favorite sunshiney pop from the time – almost a meeting of Triste Janeiro and Mamas & The Papas – with some great instrumental touches that include cello and electric harpsichord! Female lead vocals on most tracks, but the album also spins out nicely, so that you get plenty of instrumental passages too! Titles include "Why Oh Why", "Motherless Child", "Here We Go Again", "For Pete's Sake", "What's Wrong", "Come Take A Walk", and "In A Rainbow".  © 1996-2021, Dusty Groove, Inc.
(Cover has a split top seam and light surface wear.)