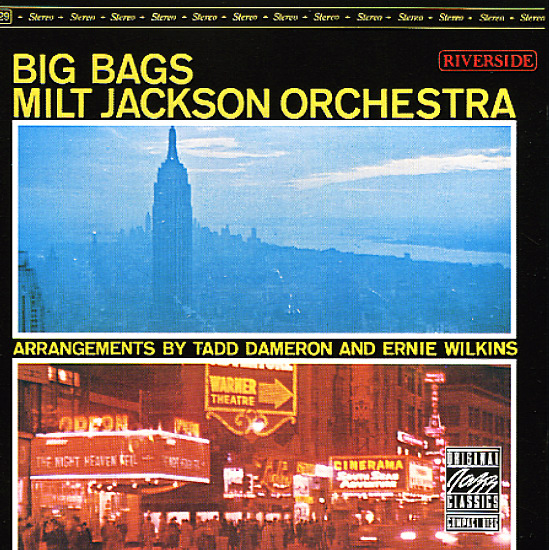 A sweet larger group session from vibist Milt Jackson – proof that he was really trying to stretch his wings, and get into new things during the 60s! The set's got Milt working with some great help from Tadd Dameron and Ernie Wilkins on larger group arrangements – nicely swinging charts that have a nice touch of modern, but lots of straightforward grooving too! Milt's the primary soloist, buoyed by an orchestra built around a rhythm section of Hank Jones on piano, Ron Carter on bass, and either Connie Cay or Philly Joe on drums – plus loads of great horn players like Clark Terry, Nat Adderley, Melba Liston, James Moody and Jimmy Heath among others. Titles include renditions of "Old Devil Moon", "'Round Midnight", "The Dream Is You", "You'd Be So Nice To Come Home To", "Echoes", "If You Could See Me Now", "Star Eyes", "Namesake", "If I Should Lose You", and "Later Than You Think".  © 1996-2021, Dusty Groove, Inc.
(OJC stereo pressing.)

Bags' Opus
United Artists, 1959. Good+
LP...$6.99
One of the greatest Milt Jackson albums ever – thanks to an incredible lineup that features Art Farmer on trumpet and Benny Golson on tenor – both of whom give the record a lot more edge than usual for Jackson! The set's almost a maturation of the earliest modern grooves that Milt ... LP, Vinyl record album