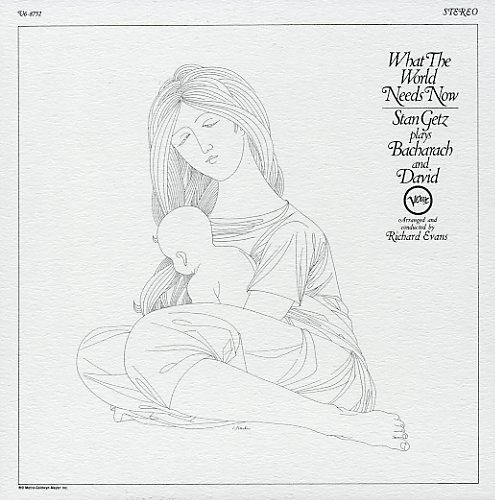 Stan Getz meets Burt Bacharach – a heavenly combination that brings together two of our most favorite musical talents of the 60s! And while we're at it, we'd also like to mention a third – Chicago soul arranger Richard Evans, who handles all the backdrops for this set – bringing in a groove that you might not expect for tunes by Burt Bacharach – not exactly Charles Stepney at Cadet, but not far, either – a perfect setting for the sparkling, lyrical tone that Getz was hitting at this point in his career. The tunes are familiar, but the blend of talents really keeps things fresh – and with extra contributions from Herbie Hancock on piano and Jim Hall on guitar, you can bet there's plenty going on here. Titles include "Wives & Lovers", "Windows Of The World", "House Is Not A Home", "Walk On By", and "Trains & Boats & Planes".  © 1996-2021, Dusty Groove, Inc.
(MGM stereo pressing in the textured cover.)