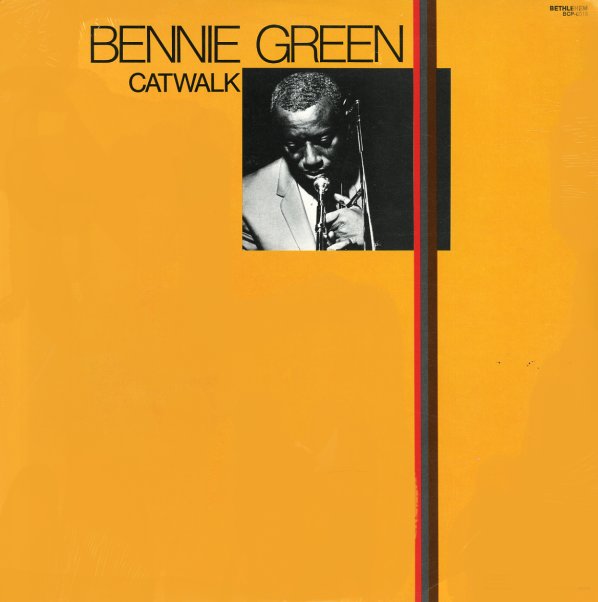 Catwalk (aka Hornful Of Soul)

A killer of an album from one of the best hardbop trombonists of the 50s! This original's always been wickedly hard to find, and it comes from that later period when the Bethlehem label was cutting records that had a lot more of a soulful groove than earlier years. Bennie's playing with a hip group of underground players that includes Jimmy Forrest on tenor, Lem Davis on alto, and Skip Hall on organ – and although the tracks are short, they've got a fire that gets the job done in double-time, and which makes you think you're hearing some session on Prestige. Titles include "Catwalk", "Dee Dee", "Dibblin & Dabblin", and "Groove One".  © 1996-2022, Dusty Groove, Inc.
(70s issue. Vinyl has light sleeve marks, cover has some light edge & ring wear.)