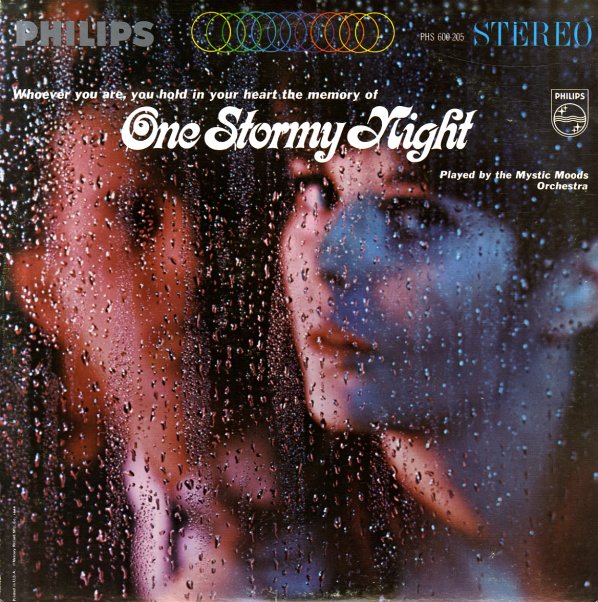 The Mystic Moods take a clever gimmick, and make it stick – using sound effects of rain and storms, as on other early albums, and mixing the whole thing with some really sweet instrumentals! The album features some great Don Ralke originals that get past the covers on earlier sides – tracks that include "Hot Bagel", "Fire Island", and "In Your Arms" – and the set also has a great train number, called "Local Freight"! Other tracks include "A Dream", "Aja Toro", and "Autumn Leaves". As the cover says, "Whoever you are, you hold in your heart the memory of One Stormy Night!"  © 1996-2022, Dusty Groove, Inc.
(Stereo pressing.)

El Condor Pasa
Philips, 1969. Near Mint- Gatefold
LP...$2.99
A sweet instrumental set from Paul Mauriat! El Condor Pasa is a warm batch of grooves from the early 70s – a record that's still very much in the best French-styled easy sound that made Mauriat huge on American charts for a bit a few years before! As with his previous records, this one has ... LP, Vinyl record album

Music From Close Encounters Of The Third Kind
Musicor, 1977. Near Mint-
LP...$5.99
This is the second of 2 albums that the Electric Moog Orchestra cut during the 70s designed to cash in on the fame of the big sci-fi soundtracks of the time. This one's got some nice cuts from John Williams' score to Close Encounters – including a lot of less-familiar themes that work well ... LP, Vinyl record album

Concerto Electro
Command/ABC, Late 60s. Near Mint- Gatefold
LP...$2.99
Not as "electro" as you might expect from the title, but a pretty nice little record from Dick! The album has Hyman playing Baldwin electric piano in front of larger orchestrations – running through a suite of tracks that move from jazz to classic to "rock" type rhythms ... LP, Vinyl record album