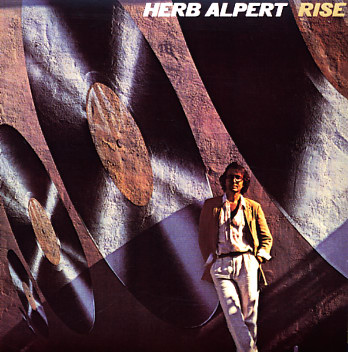 A whole new level of genius for Herb Alpert – a record that's light years away from his earlier work with the Tijuana Brass, and which has the trumpeter stepping strongly into the world of smooth jazzy fusion! The title track here went platinum the minute it was released – and became an end-of-the 70s instrumental anthem that seemed to drift out of speakers around the country. The rest of the album's pretty great too – built on the modes explored by Donald Byrd, Freddie Hubbard, and other soulful fusion players of the 70s – but cast out with a bit more drama overall. Titles include the seminal jazz dance classic "Rotation" – plus "Rise", "Street Life", "Aranjuez (Mon Amour)", "1980", "Angelina", and "Love Is".  © 1996-2021, Dusty Groove, Inc.
(Promo stamped on back cover.)

Look Out For #1
A&M, 1976. Very Good
LP...$13.99
An all-star soul affair produced by Quincy Jones, and featuring the talents of studio greats like Harvey Mason, Billy Cobham, Toots Thielmans, Dave Grusin, Lee Ritenour, and many others – not to mention the Brothers themselves! We'll be honest, though, in saying that we really think it's the ... LP, Vinyl record album

Stay With Me Tonight
A&M, 1983. Very Good+
LP...$2.99
A pivotal album for Jeffrey Osborne – and a record that showed the world that he could stand proudly on his own away from his old group LTD! The album was actually his second solo outing, but the first to really gel together in that hit-making blend of ballads and catchy mid-tempo pop tunes ... LP, Vinyl record album