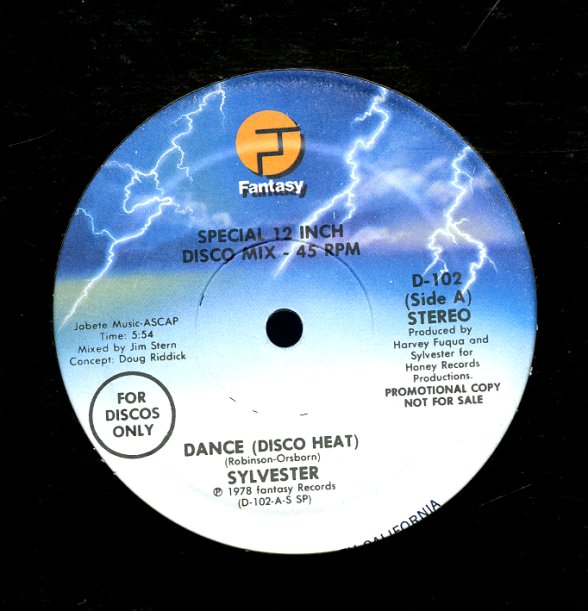 "Dance" is a nice little number, but the real winner here is "You Make Me Feel" – a track that broke Sylvester out of the underground and into the mainstream – propelled by a slight early electro groove that almost seems to set the pace for house music in the 80s! A great track with a compelling rhythm – topped off by heavenly vocals by Syl! Both cuts presented in extended disco mixes, too!  © 1996-2022, Dusty Groove, Inc.
(In a Disco sleeve, with some marker. Labels have initials in marker.)