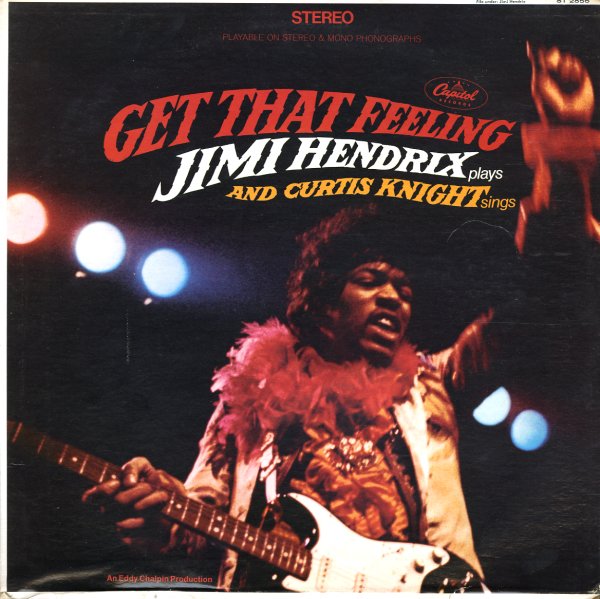 One of the many chapters of Jimi's career before his famous Experience recordings – a set of hard rocking soul tracks with singer Curtis Knight, recorded in a really lively sort of party feel! The quality of the set almost makes us think this one was a live session – especially on the really great 10 minute track "Get That Feeling" – a stone jamming number that features some mean funky guitar from Jimi, and some screaming vocals from Curtis! Other titles include "How Would You Feel", "Simon Says", "Hush Now", "Welcome Home", and "Strange Things".  © 1996-2021, Dusty Groove, Inc.
(Rainbow label pressing. Cover has a center split spine and a cutout hole.)