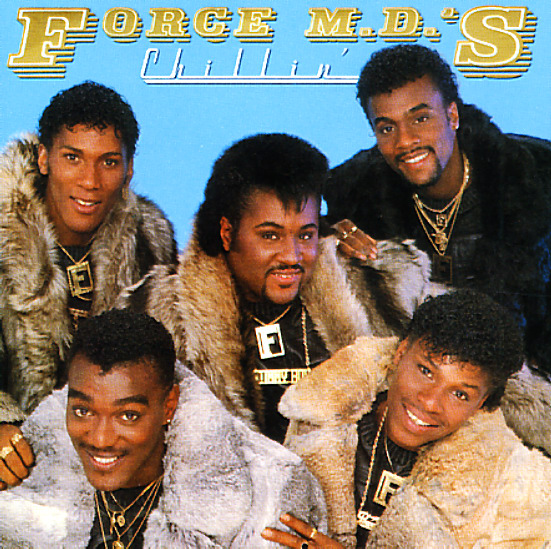 An early crossover classic from Tommy Boy – and one of the first albums to mix together hip hop and mainstream R&B! As you can guess from the cover, there's more of the latter going on than the former – as Force MDs were really more of a sweeter soul group than a crew from the streets – but the overall look of the group and their presentation of the material makes a definite nod to the old school scene of their Tommy Boy contemporaries, and a few of the tracks in the set feature production that's a bit more hip hop than soul. Titles include "One Plus One", "Here I Go Again", "Uh Oh!", "Chillin'", "Force MD's Meet The Fat Boys", "Tender Love", "Will You Be My Girlfriend", and "Walking On Air".  © 1996-2021, Dusty Groove, Inc.
(Still sealed! Shrink has a price written in marker. Cover has a cutout hole.)

Everybody's Talkin'
Atco, 1972. Near Mint-
LP...$9.99
King Curtis' last album of studio work for Atlantic – pulled from a number of sessions recorded in the year before his untimely early death! The sound here is tightened up a bit from King's grooves of the 60s – done with a style that still draws on the Atlantic soul sound that Curtis ... LP, Vinyl record album

Dream World
De-Lite, 1978. Near Mint-
LP...$9.99
A tasty little disco album that's a lot better than you might think! In some ways, this might be Crown Heights Affair's most perfectly realized album – as it's got lots of long tracks that mix the group's always-tight instrumental style with a spacey soul sensibility that's quite captivating. ... LP, Vinyl record album