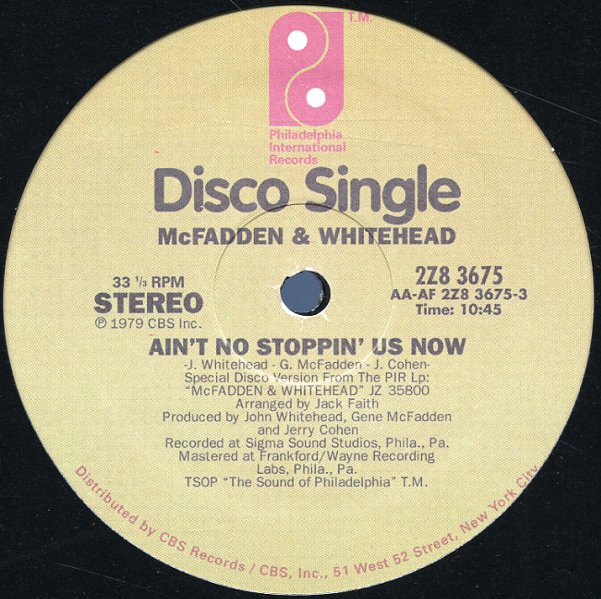 Ain't No Stoppin Us Now/I Got The Love

One of the greatest moments of late Philly – and a dancefloor stormer that never lets us down! The cut's served up here in a stunning 10 minute version – with grooves that go on and on and on, driving the anthemic message of the cut over the top. "I Got The Love" isn't nearly as great – but who cares, with such a great a-side!  © 1996-2022, Dusty Groove, Inc.