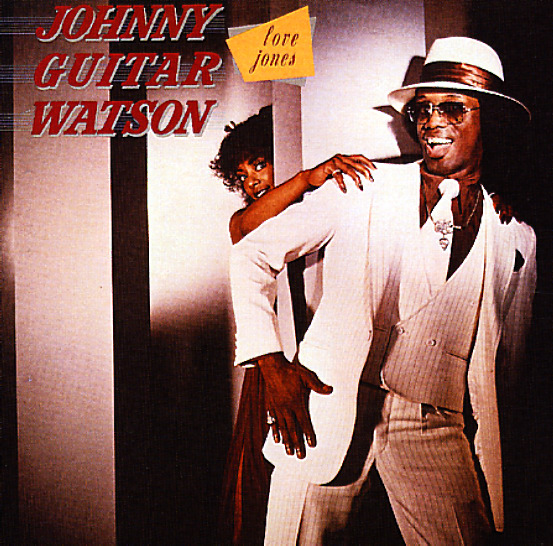 One of the last great records by Johnny Guitar Watson – and an album that's got some wonderfully subdued moments, which is a real relief after some of the too-funky bits on some of his other sets from the late 70s! Johnny returns to the tight soul of the mid 70s Fantasy LPs – still keeping the guitar up in the mix, but also really focusing on his wonderfully compressed style of vocals – a slightly tripped out mode that dances along beautifully with the guitar – ta-ta-ing us to some great mellow grooves, and really letting Watson's personality shine! Titles include "Love Jones", "Asante Sana", "Lone Ranger", and "Children of the Universe".  © 1996-2023, Dusty Groove, Inc.
(Cover has ring and edge wear, a promo stamp, and a trace of a price sticker.)