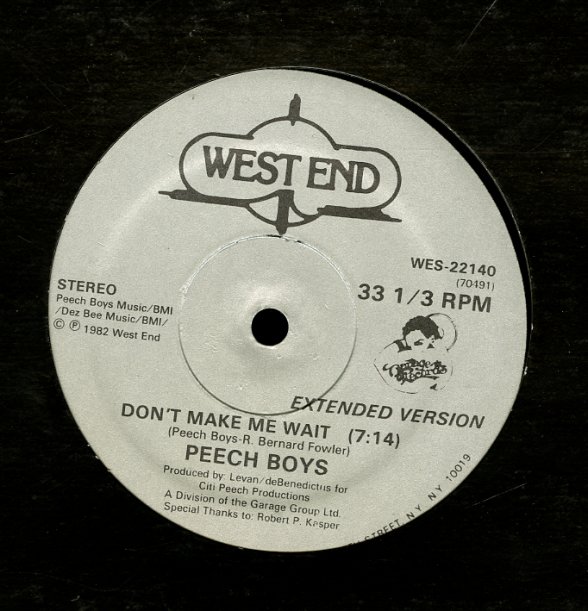 One of Larry Levan's biggest crossover moments – as "Don't Make Me Wait" has the Peech Boys breaking out of the Paradise Garage underground, into the mainstream of soul in the early 80s. Not much in the vocal department, but a catchy hook nonetheless, and with plenty of bubbly bass pedal riffs under some more soulful instrumentation.  © 1996-2021, Dusty Groove, Inc.
(In a West End sleeve.)