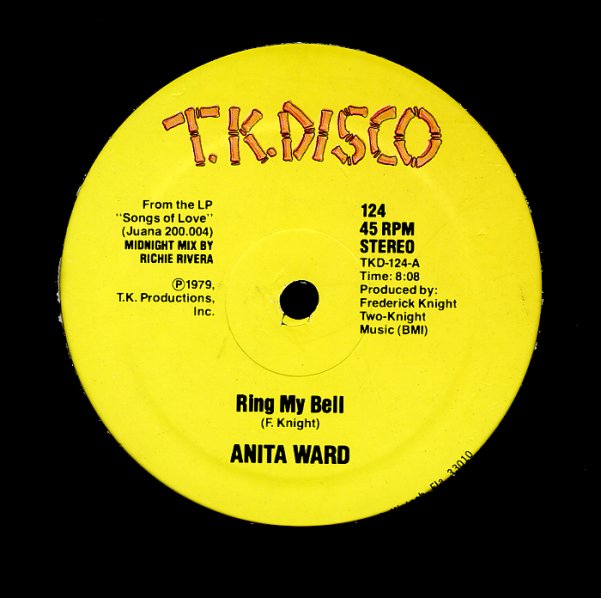 What can we say? "Ring My Bell" was one of the biggest crossover disco tracks of the late 70s – with a cool electronic groove on the beat, and lyrics and production by Frederick Knight, making the southern soul singer one of the more unlikely disco forces of the time. This 12" single features the full 8 minute version – with the "Midnight Mix" by Richie Rivera.  © 1996-2020, Dusty Groove, Inc.
(In a TK sleeve.)