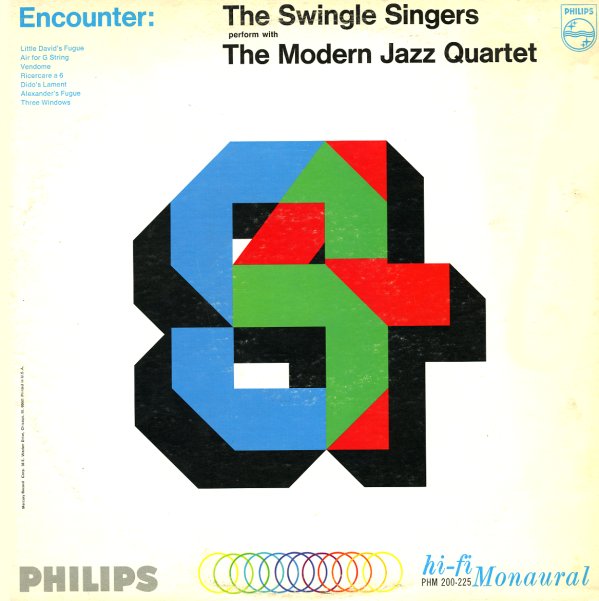 An excellent set that has the vocal talents of the Swingle Singers backed by the sweet and mellow instrumentation of the Modern Jazz Quartet! Given that John Lewis & Co were essentially local residents in Paris for so many years, it's amazing it took them until 1966 to hook up with Ward Swingle's hip vocal group – but the album's more than worth the wait, as the MJQ really help open things up, and take the Swingles into more complicated territory than before. Milt Jackson's vibes are especially great alongside the groovy vocals – and titles include "Little David's Fugue", "Vendome", "When I Am Laid In Earth", "Air For G String", and "Three Windows".  © 1996-2023, Dusty Groove, Inc.
(Stereo pressing with deep groove. Cover has a tiny split on top, light surface wear, faint stain on top.)

Cool Voice Of Rita Reys (Philips)
Philips, 1956. Near Mint-
LP...$11.99 26.99
In the immediate post-war years, the Dutch jazz scene was one of the first to emerge with a sophisticated understanding of the American jazz form. Rita Reys was one of the country's leading talents in this respect, and she had a wonderfully cool vocal style that was similar to American singers ... LP, Vinyl record album