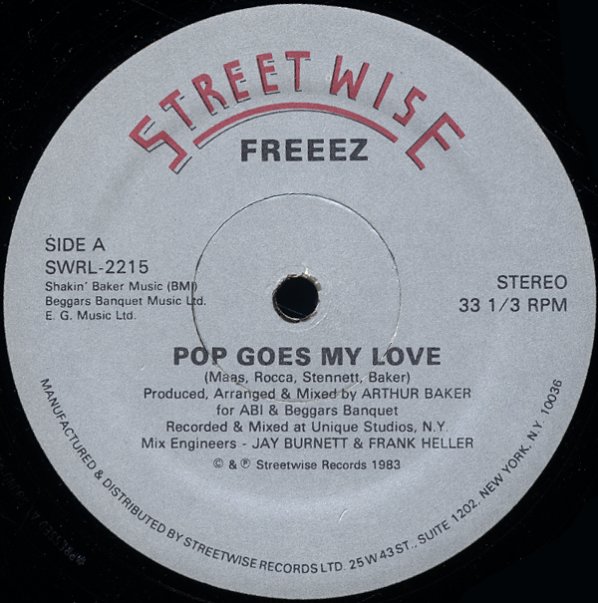 Classic electro from the team of John Rocca and Arthur Baker. "Pop Goes My Love" was one of the catchier groovers from the time – and on the flip, Whiz Kid does some nice scratching on the dub mix!  © 1996-2021, Dusty Groove, Inc.
(Label has some marker.)