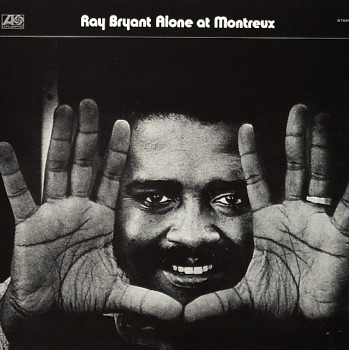 Solo Ray Bryant – recorded at the Montreux Jazz Festival in 1972, and featuring versions of a number of his classics, plus a few other odd numbers. Ray's no stranger to the solo piano format – having first recorded this way in the early 60s – and his work in the style is surprisingly great, far more exploratory and open-ended than you might expect if you know his regular soul jazz work. Titles include "Cubano Chant", "Gotta Travel On", "Little Susie", "Blues #2", "Libestraum Boogie", "Slow Freight", and "Blues #3".  © 1996-2020, Dusty Groove, Inc.
(Red & green label Broadway label pressing. Vinyl plays with a short click on side 2, track 1. Cover has a promo sticker on both sides.)