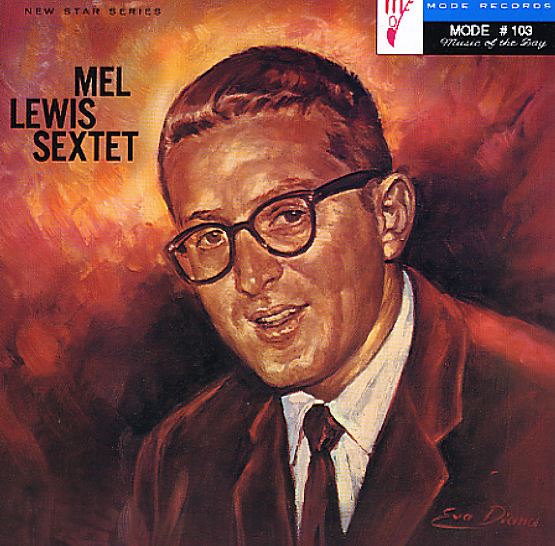 A classic late 50s side from the Mode label – and one of those great LA sessions that was almost more noteworthy for the sidemen than the leader! Drummer Mel Lewis heads up the group, sure, but the real strength of the set is in its three piece frontline – which features Charlie Mariano on alto, Bill Holman on tenor and baritone, and Jack Sheldon on trumpet – all of whom come together perfectly in a strong mix of ensemble chorus playing and breakout solo work. Mariano's horn really shines, as it always manages to do in such a setting – and brings a deeper level of soul to the set than you might expect. Piano is by Marty Paich, and tracks are a bit longer than usual – with tunes that include the originals "Grey Flannel", "Jazz Goes To Siwash", and "Charlie's Cavern".  © 1996-2020, Dusty Groove, Inc.
(Original pressing with deep groove. Vinyl has some small press flaw bumps. Cover has split seams held with clear tape, some wear and aging, and a bit of pen on back.)