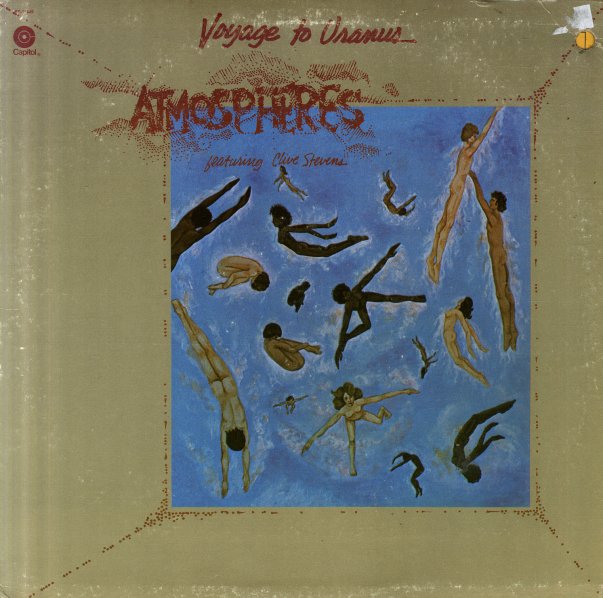 A tasty set of funky fusion from reed player Clive Stevens and his Atmospheres combo – a group that features Michael Carvin on drums, David Earl Johnson on percussion, John Abercrombie on guitars, and Ralph Towner on keyboards. Stevens himself plays some great electric tenor, soprano sax, flute, and echoplex – and the album's got a style that's a lot like the rock-inspired fusion of the European scene of the time. Tracks include "Inner Spaces & Outer Space", "Un Jour Dans Le Monde", "Shifting Phases", "Voyage To Uranus", and "Electric Impulse From The Heart".  © 1996-2021, Dusty Groove, Inc.
(Includes the printed inner sleeve. Cover has a cutout hole and light wear.)