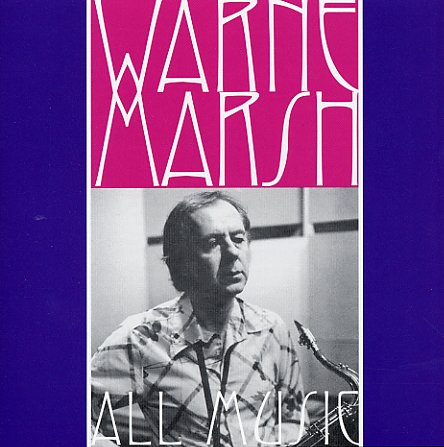 A wonderful later album from 50s cool jazz saxophonist Warne Marsh – one that really has an incredible focus on his tone! With his combination of a warm full tone and cool post-Tristano phrasing, Marsh has one of the most singular voices on the tenor, and one of our favorites! This mid 70s recording has him heading up a quartet playing modern bop, with Lou Levy on piano and Jake Hanna & Fred Atwood providing the pulse underneath. Unlike a lot of other players, Marsh didn't slow down or lose it in later years and his concept sounds as fresh in these later recordings as it does on his classic sides with Konitz & Tristano. The group shines on the Tristano number "317 East 32nd" and Konitz's "Subconscious-Lee" and there's some Warsh & Levy originals too, like "Lunarcy" & "Background Music". CD fatures some alternate takes of the track "On Purpose", "A Time For Love", and "I Have A Good One For You".  © 1996-2021, Dusty Groove, Inc.

Early Combinations
Nessa, 1967. New Copy
CD...$13.99 16.98
An important pre-Art Ensemble Of Chicago moment – one that has most of the group coming together in a pair of rare recordings in the home of Lester Bowie – already sounding amazingly creative as a unit! The sound is almost freer than later work by the group – or certainly at the ... CD