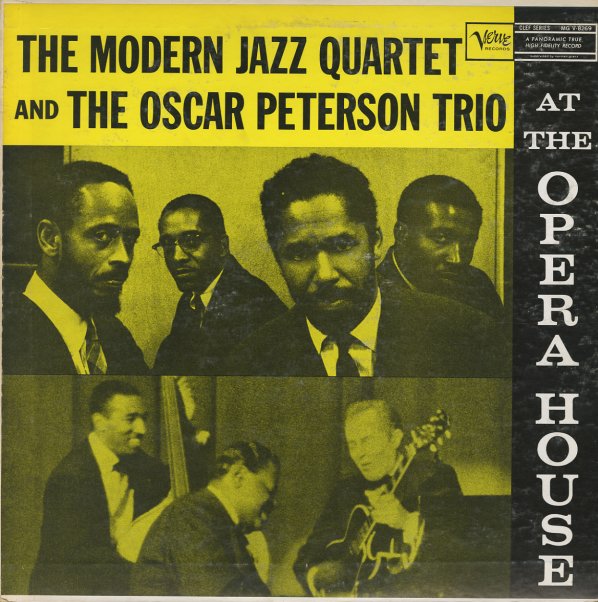 The Modern Jazz Quartet make a rare appearance on Verve Records in the 50s – splitting half the album here with the classic Oscar Peterson Trio! The live performance was recorded in Chicago, and definitely has the MJQ working in a looser vibe than on some of their late 50s recordings for Atlantic – a bit more open and swinging, in a Verve mode – with some of the bop inspiration that first showed up on their early Prestige recordings – as you'll hear on the cuts "Now's The Time", "Round Midnight", and "D&E Blues". The second half of the record features live material from Oscar Peterson's hip group with Herb Ellis on guitar and Ray Brown on bass – that great drum-less lineup that really lets Oscar take off on piano – on tunes that include "Big Fat Mama", "Should I Love You", "Indiana", and "Elevation".  © 1996-2021, Dusty Groove, Inc.
(Verve Inc pressing, with trumpeter logo and deep groove. Cover has a split top seam and light wear.)