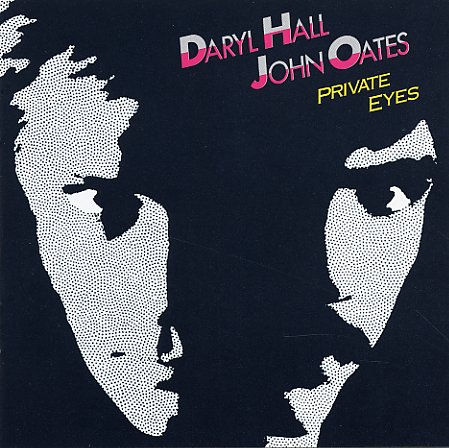 What can we say? We winced at this one back when it came out, but over the years, it's got a real "Free Soul" appeal to us – with vocals that are surprisingly soulful in parts, some nice 80s mellow soul instrumentation, and even a few hooks that are real guilty pleasures. Includes the smooth grooving "I Can't Go For That", plus "Mano A Mano", "Did It In A Minute", "Head Above Water", "Your Imagination", and "Private Eyes".  © 1996-2022, Dusty Groove, Inc.
(Includes the printed inner sleeve. Cover has writing in pen and light wear. Labels have a name in pen.)

Station To Station
RCA, 1976. Near Mint-
LP...$34.99
The second half of Bowie's Thin White Duke years in the studio – a record that's more cool and condensed than his Young American album – but equally sublime in its own sort of way! The format here is much more compact – with a small group working alongside Bowie, still with some ... LP, Vinyl record album