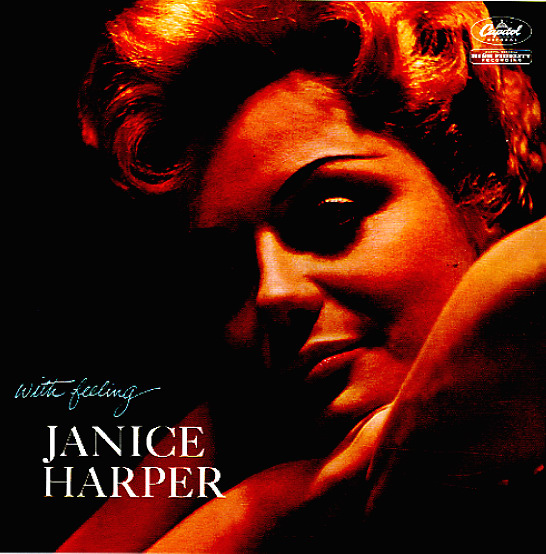 One of the only albums we've ever seen from singer Janice Harper – one of those great overlooked vocalists given a chance by Capitol at the end of the 50s! The arrangements are full, with occasional backing vocals – but usually just light enough to let Harper take the lead – in a style that has some echoes of pop, but more of the maturity of the jazz singers of the time – with a nice torchy feel overall! The set includes some nice lesser-known numbers, too – and titles include "Hands Across The Sea", "Beyond The Reef", "Devotion", "Let There Be Love", "Bon Voyage", "I Was Hoping You'd Ask Me", and "Moonlit Sea".  © 1996-2022, Dusty Groove, Inc.
(Mono rainbow label pressing. Cover has light wear and aging, half split top seam, and mostly split bottom seam.)