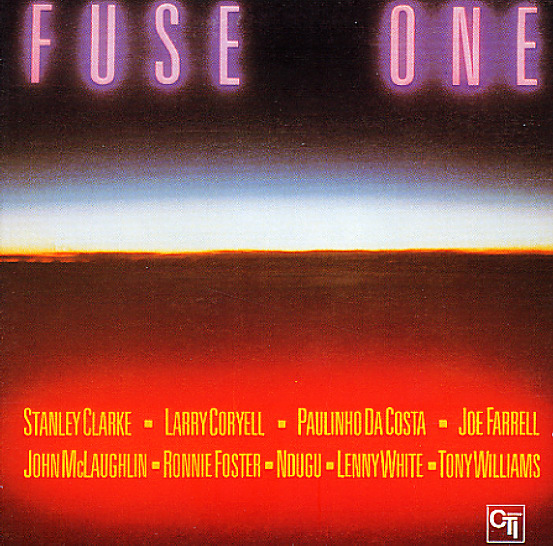 Tight funky fusion from a masterful collective – a great supergroup from the late electric years of the CTI label! The combo features Joe Farrell on tenor, Ronnie Foster and Don Grusin on keyboards, John McLaughlin and Larry Coryell on guitars, Stanley Clarke on bass, and Lenny White, Tony Williams, and Ndugu Chancler on drums – all top-shelf players, but artists who also really respect the vision of the whole project – and allow the grooves to develop without too much competition or overblown modes! The keyboards and guitar are a great match with Farrell's always-great lines on tenor – and titles include "Grand Prix", "Sunshine Lady", "To Whom All Things Concern", "Double Steal", "Waterside", and "Taxi Blues".  © 1996-2021, Dusty Groove, Inc.
(Cover has light wear and a cut corner.)