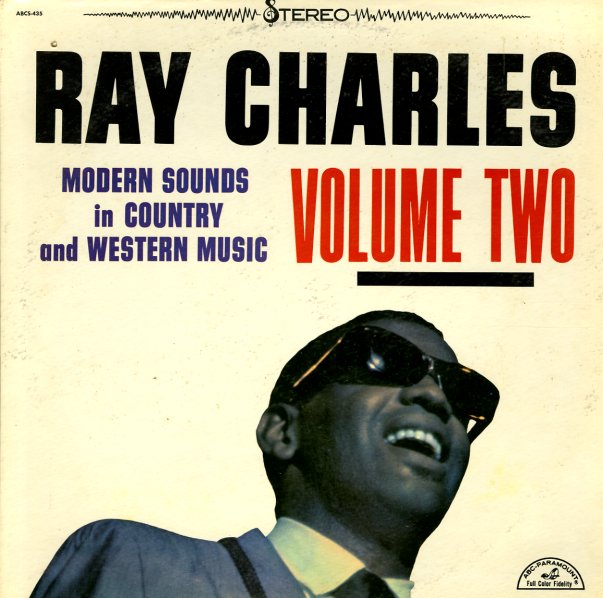 The second installment of one of Ray's greatest albums – and a landmark in the genre of country soul! As the title implies, Ray's singing a host of tunes best known from the country side of the spectrum – but he's working here with arrangements by LA jazzers Marty Paich and Gerald Wilson, to completely re-cast the tunes into the "modern sounds" mode promised in the title. The result is wonderful – a style that gave Ray's career a whole new boost, and a genre that was a perfect foil for his rich bluesy mode of singing. Titles include "No Letter Today", "Take These Chains From My Heart", "Teardrops In My Heart", "Making Believe", and "Hang Your Head In Shame".  © 1996-2022, Dusty Groove, Inc.
(Black label stereo ABC/Tangerine pressing with Bell Sound stamp. Cover has a small center split in the spine and some price sticker remnants in front.)

Genius Of Ray Charles
Atlantic, 1959. Very Good
LP...$14.99 19.99
Later Atlantic Records material from the legendary Ray Charles – a set that definitely lives up to the genius of the title, in that it shows a real sense of development in Ray's music! Charles has moved from the shorter R&B of his early Atlantic singles, to embrace some greater jazz-based ... LP, Vinyl record album

Great Ray Charles
Atlantic, Late 50s. Near Mint-
LP...$11.99 19.99
More of a jazz album than the early vocal singles of Ray Charles – but a set that definitely is as great as promised by the title! Ray's in the lead on piano – taking some strong solos, and showing us what a sensitive phraseologist he can be when needed – really showcasing that ... LP, Vinyl record album