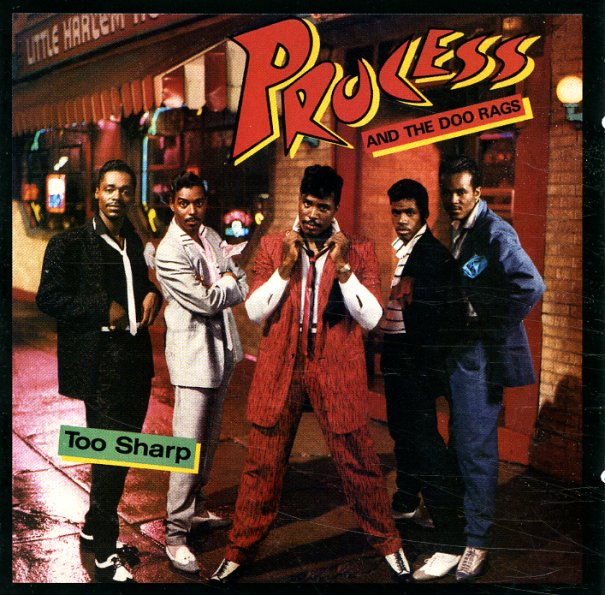 A nearly-lost relic of 80s groove – and a sharp little side project from Rick James! Process and group are clearly going for a sound to rival the Time on this set – working as a well-costumed group ensemble with a bass-heavy funky groove at the bottom of every track – and their groove is definitely as sharp as any of the big names from the Twin Cities who were topping the charts at the time! And although you might be attempted to dismiss them as a copycat combo, the group actually comes off pretty darn well – with songs that we dig quite a lot – and which have held up surprisingly well over time. Titles include "Ooh Wee", "Stomp & Shout", "Serious Freak", "Too Sharp", "Come Into My Life", "Dance The Way You Want (Party Freaks)", and "Daddy's Home".  © 1996-2021, Dusty Groove, Inc.
(Cover has light wear, a promo stamp, and some notes in pen.)