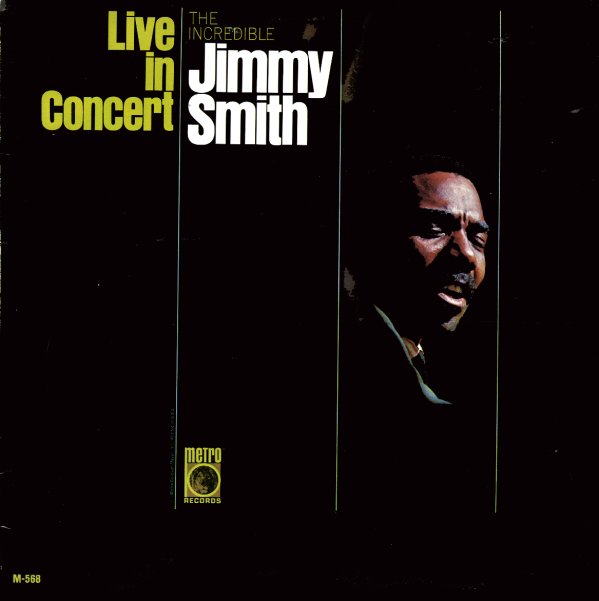 A real cooker from Jimmy – and one not to pass up! The record's done during Jimmy's years at Verve, but it's got a rough raw feel that reminds us of his first few years at Blue Note – and features Jimmy playing live in trio formation, really cooking things up on 4 long tracks, with some totally mindblowing sounds coming out of his Hammond! The set includes some great long takes on "Goldfinger" and "Who's Afraid Of Virginia Woolf" – both very different than the studio versions – plus takes on "When Jimmy Comes Marching Home" and "The Sermon".  © 1996-2022, Dusty Groove, Inc.
(Mono pressing. Vinyl has a short click during "Who's Afraid". Cover has two split seams, with some surface & edge wear.)

Organ Grinder Swing
Verve, 1965. Very Good Gatefold
LP...$14.99
No hokey organ grinder here – no monkey on a leash, begging for change on a street corner – just a smoking little trio session that stands as one of the best records that Jimmy Smith ever recorded for Verve! The album's got a groove that's similar to Jimmy's early years at Blue Note ... LP, Vinyl record album