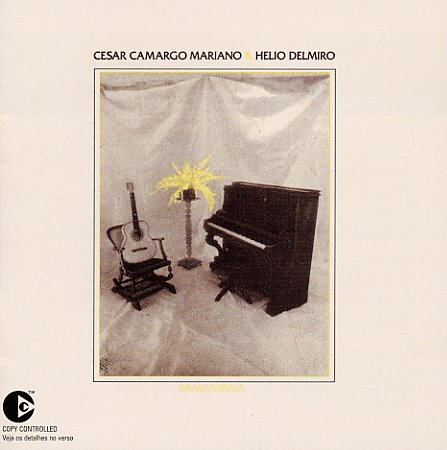 Spare duets between these two Brazilian jazz giants Cesar Camargo Mariano and Helio Delmiro – but great work throughout, and filled with a lot more soul and energy than you'd expect! Mariano plays mostly electric keyboards – but not in a way that overrides the acoustic guitar of Delmiro – and the set's got a lot of the same elements of the best jazzy backing that Mariano provided for Elis Regina in the 70s, that great sense of darkness at the bottom – plus all the tight solo moments of Delmiro's own work from the 80s. Titles include "Curumim", "Samambaia", "Ninhos", "Choratta", "Emotiva No 4", and "Milagre Dos Peixes".  © 1996-2021, Dusty Groove, Inc.
(Later pressing from 1985. Cover has light wear.)