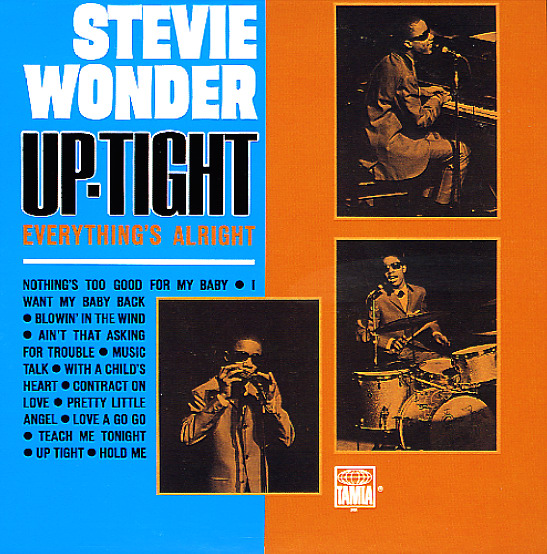 Hard-swinging soul from mid 60s Stevie Wonder – and an album that really helped establish Stevie as a vocal star on his own! Gone are the "little blind boy" and Ray Charles cliches, gone are the "isn't it amazing that he can play the drums?" gimmicks – and in their place is a proud young Stevie, already showing a tremendous talent for putting over a vocal number that few other singers could match! Wonder's voice is tremendous on the record – really getting past the unformed, shaky styles of his first few Motown efforts – and getting that familiar warble that's always cut us to the quick, even in familiar tunes we've heard a million times. Titles include "Love A Go Go", "I Want My Baby Back", "Music Talk", "Contract On Love", "Up Tight", "Teach Me Tonight", and "Nothing's Too Good For My Baby".  © 1996-2022, Dusty Groove, Inc.
(2 globes stereo pressing. Cover has light wear, a bit of clear tape on the bottom seam and some aging.)