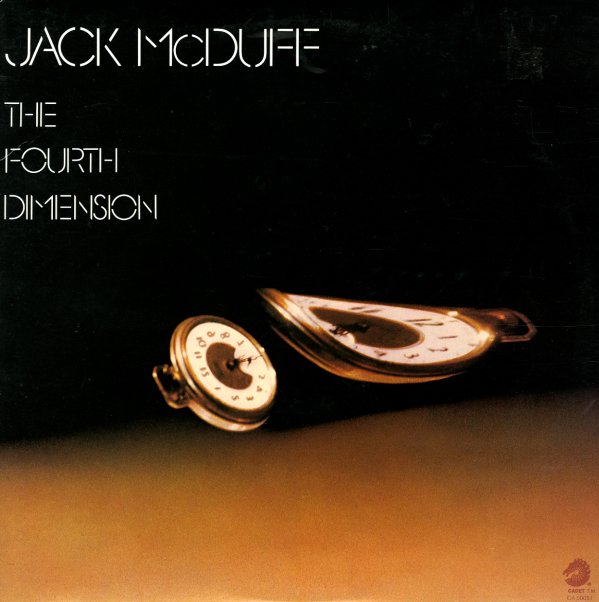 An excellent album from Brother Jack – one that has him making a shift from organ to electric keyboards, but in a mode that loses none of his funkiness, none of his soul, and none of his wit! The album's got some wonderfully angular groovers – showing that McDuff was always growing his style, working into grooves that always pushed him past his earlier work. Includes the stellar tracks "The City Bump" and "Layin' Back" – plus "Show Casing", "Half Breed", and "Fourth Dimension".  © 1996-2021, Dusty Groove, Inc.
(Cover has a cut corner, ring and edge wear, some heavy wear at the spine, and is bent at the top right corner.)

Ray Bryant Touch
Cadet, 1967. Very Good+
LP...$14.99
Simple stuff – but very nice! Ray's working here in a live trio setting – ala Ramsey Lewis or Les McCann from the same time – and his work on the album has a similar gutbuckety soul feel to it. The rhythm section of Jimmy Rowser bass and Rudy Collins drums is very tight – ... LP, Vinyl record album

Black Messiah
Capitol, Early 70s. Near Mint- 2LP Gatefold
LP...$39.99
A massive live set from Cannonball Adderley – and a record that really shows the growth he'd undergone in just a few short years! The album's done in close collaboration with David Axelrod – who'd handled Cannon's big live dates for Capitol in the 60s – but this record is much ... LP, Vinyl record album

Michel Legrand & Friends
RCA, 1975. Near Mint-
LP...$4.99
A really wonderful album from Michel Legrand – one of his few jazz efforts to really capture the same dynamic charm of his soundtracks! The album was recorded live – with a mixed group of electric and acoustic players that includes Joe Beck, Randy Brecker, Ron Carter, Phil Woods, and ... LP, Vinyl record album

13th House
Milestone, 1980. Near Mint-
LP...$19.99
A really majestic set of tracks from McCoy Tyner – recorded at the end of the 70s, but easily one of his best records of that fruitful decade! The group's a large ensemble – and the feel is in that perfect searching spiritual soul jazz mode that Tyner focused on as the 70s wore on ... LP, Vinyl record album

Wynton Kelly Piano (aka Whisper Not)
Riverside, 1958. Fair
LP...$49.99
A surprisingly wonderful set from Wynton Kelly – really fluid and swinging, and with a unique approach on half the material! The core group of the set features Kenny Burrell on guitar, Paul Chambers on bass, and Philly Joe Jones on drums – but then Jones sits it out on the second side ... LP, Vinyl record album