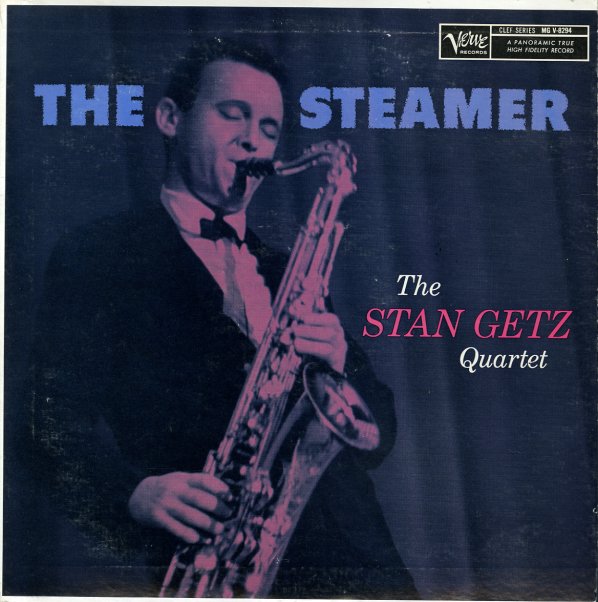 The title may be a bit strangely put – as "Steamer" isn't a word that we'd necessarily think to use with the gently flowing tenor tone of Stan Getz – but that doesn't stop the album from being a great one, and perhaps in Getz-like terms, it might well have a bit more steam than usual! The album features Getz in a quartet with a nicely flowing groove – nicely vamping piano from Lou Levy in the background on most numbers, and a definite edge in the lead tenor solos – still blown with the warmth of earlier Getz recordings, but perhaps showing some of the modern flourishes to come. Bass is by Leroy Vinnegar and drums are by Stan Levey – and titles include "Blues For Mary Jane", "There'll Never Be Another You", and "You're Blase".  © 1996-2021, Dusty Groove, Inc.
(Mono Verve Records Inc pressing with trumpeter logo and deep groove. Cover has light ringwear and a half split top seam.)