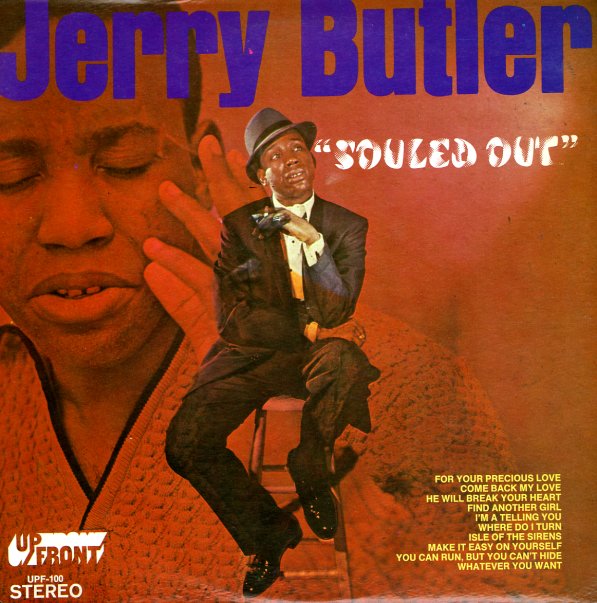 A collection of work that Jerry cut for Vee Jay – issued on the Up Front label with a cover that's a bit trippy, but a sound that's pure early Jerry. We love this stuff, and we can never get enough of Butler's early "Iceman" recordings – records that would have a profound influence on soul music for years and years to come. The set's got some hits, plus few more obscure numbers, and it's a lot easier to find on wax than some of Jerry's originals from the early 60s. Titles include "Isle Of The Sirens", "Whatever You Want", "Where Do I Turn", "Come Back My Love", and "You Can Run, But You Can't Hide".  © 1996-2022, Dusty Groove, Inc.
(Cover and labels have some marker.)