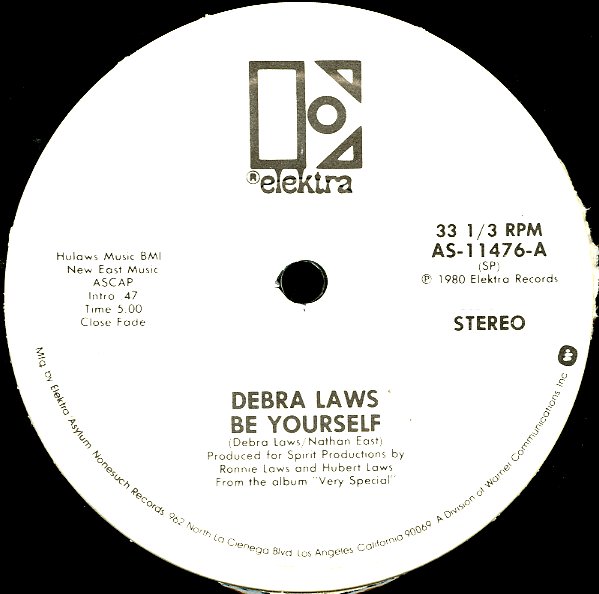 Be Yourself (mono, stereo)

An excellent bit of modern soul by Debra Laws – and one of the best tracks from her album "Very Special"! The cut begins with some strong 80s groove keyboards, then rolls into a sweet mellow midtempo rhythm that works perfectly for Debra's vocals. Ronnie & Hubert Laws produced, and the cut's got that sweet modern soul groove that Elektra was perfect at during the early 80s.  © 1996-2021, Dusty Groove, Inc.
(White label promo. Label has initials in marker.)