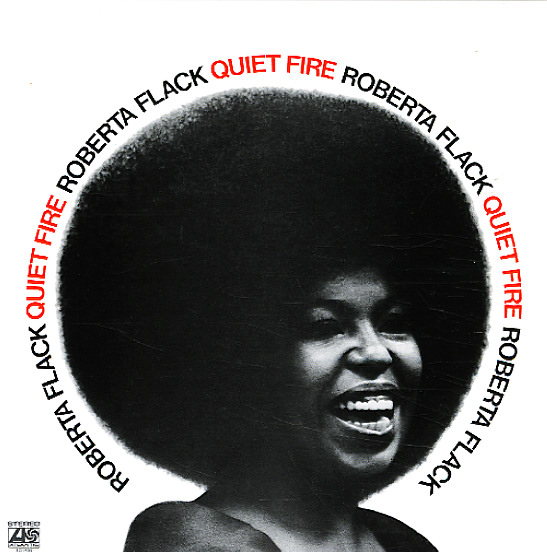 Great small combo work by Roberta Flack, recorded early in her career, when she was still one of the hippest things around – and it's among her best records! Roberta's really come into her own as vocalist at this point and solidifying here personal style – with that clear tone and perfectly controlled style and phrasing – balancing a jazzy sensibility with the emotions of her gospel roots. A few tracks have some large arrangements by Arif Mardin, William Eaton, or Deodato – but most tracks feature a core group of studio jazz players that includes players like Joe Farrell, Richard Tee, Chuck Rainey, Hubert Laws, and Bernard Purdie. Includes a version of Eugene McDaniels' "Sunday & Sister Jones", plus "Go Up Moses", "To Love Somebody", "Let Them Talk", and "Sweet Bitter Love".  © 1996-2022, Dusty Groove, Inc.
(Broadway label stereo pressing with RI suffix. Cover has light wear and aging, with two peeled spots in front.)