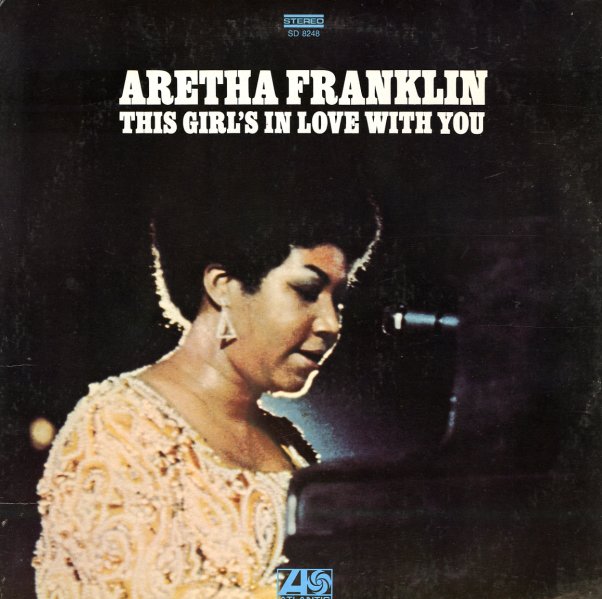 Given that Atlantic's big claim to fame with Aretha was that they took her from being a supper club jazz singer and made her a hard soul act, we've always been a bit surprised at the way they chose to hook her up with some Bacharach tunes after her first few sides – giving her a classier uptown sound to mix with the deeper southern style that broke her out big. This album's a great example of how Aretha can mix the two styles – as it features the title rendition of "This Girl's In Love With You", and great versions of "Dark End Of The Street" and "Sit Down & Cry", and the sublime "Call Me", which is a perfect blend of the two styles in one song. And oddly, the "classier" material was recorded down in Miami, Atlantic's new home for soul in the south.  © 1996-2021, Dusty Groove, Inc.
(Red & green Broadway label pressing. Cover has light wear. Vinyl has a short click on "Son Of A Preacher Man".)

Roberta Flack & Donny Hathaway
Atlantic, 1972. Very Good- Gatefold
LP...$11.99
An amazing record from the team of Flack & Hathaway – one of the hippest duos in soul! Individually, each had taken the music to new heights and new audiences, through the use of jazzy phrasing and sophisticated lyrics, while never selling out in the way that earlier pop soul acts had ... LP, Vinyl record album