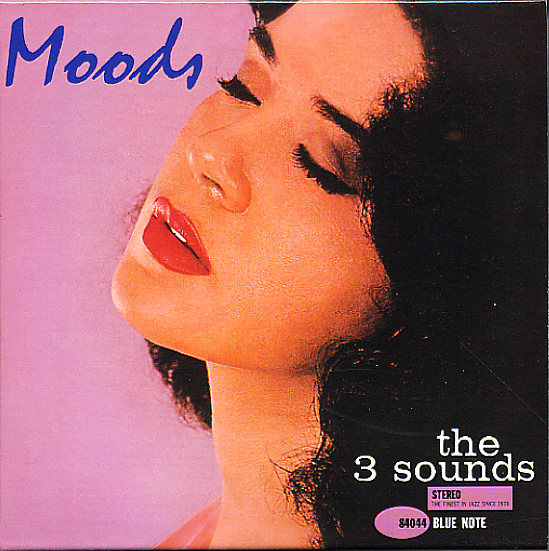 "Moods" is right – as the album's got a wonderfully dark undercurrent, one that makes it one of the most captivating early Three Sounds albums for Blue Note! Pianist Gene Harris leads a trio that includes Andrew Simpkins on bass and Bill Dowdy on drums – and even though the set list includes a few familiar tunes, the overall pitch of the album makes the music really unique. The group play some sweet renditions of "Love For Sale" and "Green Dolphin Street", plus a great reading of Clifford Brown's "Sandu", which works very well as a piano tune. Also includes the tracks "Loose Walk" and "Tammy's Breeze".  © 1996-2022, Dusty Groove, Inc.
(Mono 63rd street pressing, with RVG stamp and ear. Cover has light wear in one corner, but is nice overall.)