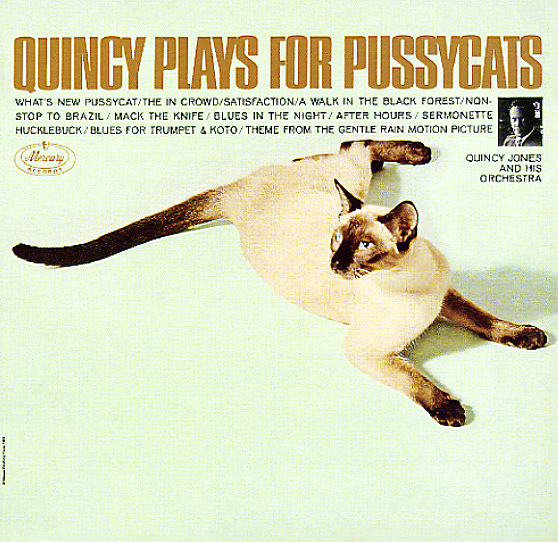 Very groovy stuff from Quincy – a mix of jazz, soundtrack, and popular themes, all done in that soulful swinging style that Quincy virtually helped invent back in the 60s! The album's got plenty of great groovers that take a popular tune and kind of turn it on its ear – takes on tracks like "What's New Pussycat", "Non-Stop To Brazil", "The In Crowd", "Mack The Knife", "The Gentle Rain", and "Satisfaction" – all of which are souped-up by Quincy, and done in a rhythmic style that takes them past familiar versions you might know. The album also features the very groovy "Blues For Trumpet & Koto" – a slightly exotic number that we really like!  © 1996-2021, Dusty Groove, Inc.
(Mono red label pressing with deep groove.)