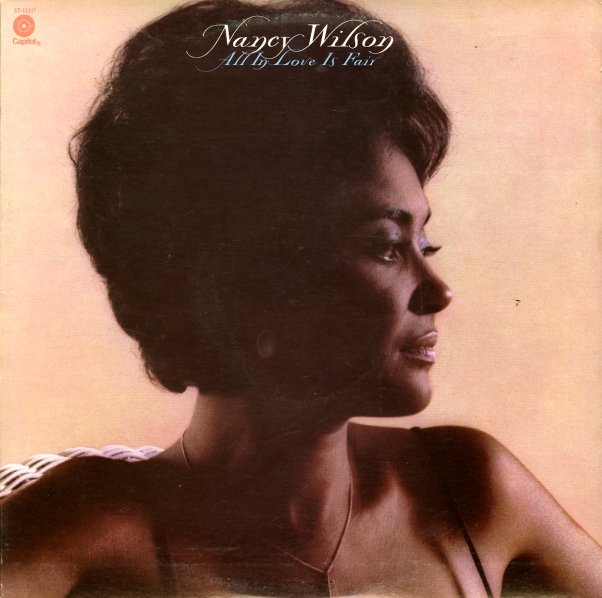 All In Love Is Fair

Hip stuff by Nancy – and a sophisticated album of soul tracks arranged and produced by Gene Page, in a string-heavy, slightly-funky style that reminds us of Gene's work with Barry White at the time. The tracks are all pretty hip – and include titles written by Stevie Wonder, Johnny Guitar Watson, Thom Bell & Linda Creed, Billy Page, and Tennyson Stevens. No standout tracks, but plenty of nice moments, and a good side of Nancy's career that isn't always given that much exposure. Titles include "Tell The Truth", "Try It, You'll Like It", "All In Love Is Fair", "There'll Always Be Forever", and "You're As Right As Rain".  © 1996-2021, Dusty Groove, Inc.