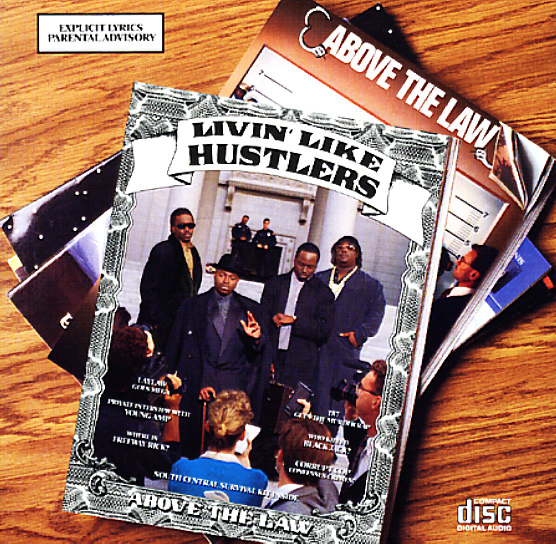 Ruthless Cali gangster rap from Above the Law – the first and probably best LP! A benchmark LP – one of the planks on the bridge between the earlier efforts from NWA, Eazy E and The Click, and the later Dre & Snoop heyday. Livin' Like Hustlers has a few tracks produced by Dr Dre, and the rest by ATL and Laylaw. Includes "Murder Rap", "Livin Like Hustlers", "Menace To Society", "Just Kickin Lyrics", "Untouchable", "Another Execution", "Freedome Of Speech", "Flow On" and "Ballin".  © 1996-2022, Dusty Groove, Inc.
(White label pressing. Cover has bent corners and a cutout hole.)